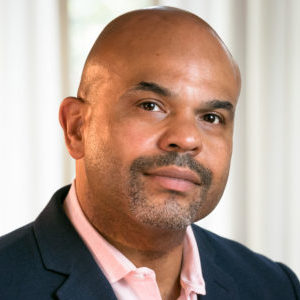 Din Ambar joined the Institute in 2017 as associate professor and senior scholar. Ambar’s research interests include the American presidency and governorship. His latest book, American Cicero: Mario Cuomo and the Defense of American Liberalism (Oxford University Press 2017) is on the political career of former New York Governor Mario Cuomo. Ambar also writes and teaches about race and American politics. He is the author of Malcolm X at Oxford Union: Racial Politics in a Global Era (Oxford University Press 2014), which was nominated for a Hurston/Wright Legacy Award for best non-fiction book by an African American author.

Ambar’s current research projects include a new textbook on American political thought focusing on race and gender, Reconsidering American Political Thought, Westview Press, scheduled for release in 2019, as well as a book on the intellectual relationship forged at Harvard University between W.E.B. Du Bois and William James. Ambar’s work includes works of fiction that speak to the American experience, and he has published a short story, “The Frenchman and the Stranger,” in Seattle’s Monarch Review (2014), about an imagined meeting between Abraham Lincoln and Alexis de Tocqueville in 1831; he has written a play, The Mail Room, about race and class relationships in New York City in the 1980s, and he is currently working on his second novel.

In 2017, Ambar was selected as a contributor for the Bread Loaf Writers’ Conference at Middlebury College. Ambar was a fellow of the Miller Center of Public Affairs at the University of Virginia (2007). He is an official blogger for the Huffington Post. Ambar lives in Allentown, P.A. and is the father of 10 year old triplets.