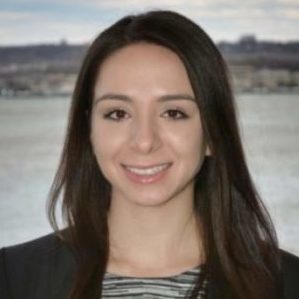 Gabriella Morrone is the communications specialist for the Eagleton Institute of Politics at Rutgers University-New Brunswick. In her role, Gabriella works with various team members at Eagleton to create an overall communication strategy that promotes the institute’s mission and engages the Rutgers community, academia, elected officials, the public, and the media with Eagleton’s work.

Prior to joining the Eagleton Institute, Morrone was the deputy campaign manager for Congressman Chris Smith’s 2018 re-election campaign in New Jersey’s Fourth Congressional District. She managed the campaign’s digital operation and also took a senior-level role in developing and implementing the campaign’s political strategy.

Morrone earned a Bachelor’s Degree in political communication from The George Washington University’s School of Media and Public Affairs. During her time in college, she completed various political internships, including: The Office of the Speaker Paul D. Ryan and the 2016 Republican National Convention in Cleveland.