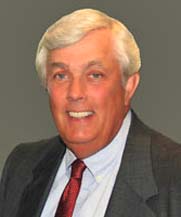 Excerpts of the transcript of an interview with W. Cary Edwards (State Assemblyman 1978-82; NJ Attorney General 1986 – 1989; Counsel to Governor Kean 1982-86; 1989 and 1993 Republican gubernatorial candidate; member and Chair of NJ State Commission of Investigation) conducted by Michael Aron for the Eagleton Center on the American Governor on December 22, 2008. The full interview is available in the Video Library.

Michael Aron: Just so you know, gambling is one.

Q: Where were you on that?

Cary Edwards: I was a supporter of it. Tom [Kean] was against it, which was an interesting phenomenon. Tom never liked casino gaming and tolerated it during his eight years that he was there but never did much more than that. I think Brendan saw it as a resource for the State and one worth doing.

Q: Were there party positions on the issue with the Democratic–?

Cary Edwards: Not that I– by the time I got there, it had passed. It was there. The question was how are we going to manage it, were we going to keep it free of organized crime? Brendan oversaw the drafting of the toughest and best casino gaming law in the country that’s ever been written and kept organized crime out of it. So an incredible amount of credit goes to him for having done it and fought for that legislation. I know the lawyers who drafted that, the [Deputy Attorney Generals] Al Lucianis and the [Michael] Browns of this world who put that package together, and they succeeded and did just a terrific job.

Q: Was it a mistake not to have a commission like the Meadowlands Commission — is that what you mean? — for Atlantic City development?

Cary Edwards: Yes. Atlantic City is and has been marginally capable or incapable of representing itself in running the city because of casino gaming being there. There should’ve been an alternative, whether it was a commission or a conservatorship that was put in place or Atlantic City was made a bigger — a part of a bigger entity, because there was no one left to run Atlantic City who wasn’t barred with talent from actually running it. And that’s small cities. It only had 48,000 people when we started; 30 or– 28 to 30,000 after casino gaming came in, and anybody that had any talent was working for the casinos and barred from politics. I think cities that lacked that talent — Camden’s another city that comes to mind — were the same for different dynamics, the same thing happens. The inability in New Jersey to have a commission or a conservatorship system for those local governments was a mistake. It was the missing ingredient in the casino act. I think Brendan would probably admit that today. Tom Kean, when [Atlantic City Mayor] Mike Matthews got indicted, had an opportunity perhaps to have stepped in and tried to pass a legislation or do something about putting a conservatorship or a commission to run Atlantic City. It was the political time when it could’ve been done, and he just wasn’t about to spend his political capital on that issue at the time.