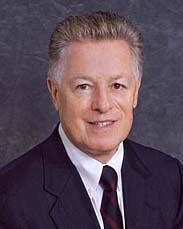 Michael Aron: A little bit before the Pinelands preservation came the Atlantic City gambling, the casino authorization. It’s not your district, your congressional district, it’s the neighboring district. Nonetheless it’s an important part of the fabric of South Jersey.

Q: What was your view on gambling?

James J. Florio: Well interestingly enough I was at the 1964 Democratic Convention in Atlantic City, as a student. I went down there as the Chairman of the Young Democrats and played kind of an interesting role in the whole controversy about the seating of the Mississippi delegation; the Civil Rights issue. I was asked by some of the political leaders to round up young people to go sit in the seats, so that the segregationist delegation could not take their position. But I think the relevance of that event to casino gambling was that was really the bottom. Atlantic City was perceived of by all the people who were down there as a place of, “Why did they ever select Atlantic City to come?” The hotels were dilapidated. Water systems didn’t work. And so I think someone after 1964 said, “We’ve got to really do something if this place is not going to continue to deteriorate.” And I think that was kind of the genesis of thinking about things to rehabilitate the city, and the casino gambling initiative ultimately was approved by the people of the state. After an initial effort to have gambling all over the state failed, it was then focused on Atlantic City, and it was passed.

Q: Were you supportive of both efforts, or of the second effort?

James J. Florio: Yes I was supportive of both efforts. I thought that if you’re going to be using revenue– I didn’t have a moralistic approach to gambling. I think gambling is a business. If it’s run well it can be a good business. If it’s not run well it can be a bad business. And we were pretty much committed to– and Governor Byrne followed through on this– having a very stringent, regulatory system that would make sure that you would keep bad elements out of the gambling industry.

Q: …bringing gambling to Atlantic City. And he was in your administration, in the Governor’s Office, many years later. You probably served in the legislature with him.

James J. Florio: We were. We were friends; have been friends for a very long period of time.

Q: What did he do in terms of bringing gambling to–

James J. Florio: Oh he was– what Joe Merlino was to the Pinelands, Steve Perskie was to casino gambling; being the key spokesperson that had the answers. In the legislative process it is not sufficient to be able to go out and advocate. You have to be also the defensive guy, so that when you’re advocating and people come up with all the answers as to why your initiative is not good, you have to be the guy who fields the responses. So you do the offense and you do the defense. Steve Perskie is that in spades. He is really very knowledgeable, very good, very articulate, and he was the person that carried the day.

Q: Has Atlantic City worked out with respect to gambling?

James J. Florio: I think Atlantic City has worked out. There’s more to do. We’re going through right now a period of re-doing the model. I suspect if we were sitting here five years from now, we won’t recognize Atlantic City, because the model with not be day-trippers, the model will not be getting as much money out of slot machines, it will be to try to make it a destination so people will go, spend more money. All the casinos now are shooting for a model that will get more money out of their non-casino activities than out of the casino activities. And so they realize we’re never going to be Las Vegas. But to the degree that the Borgata is an example of what you can see in the future in Atlantic City, that’s the model we’re going to have.